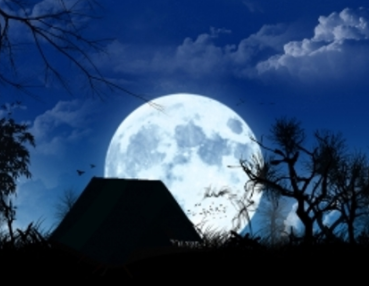 On the site, indicate the height of the tents not only at the highest point Online stores selling tents, as well as the websites of their manufacturers, usually indicate the heights of tent parts only in the center of the dome (shape “hangar”, “barrel”, “hemisphere”) or along the joint / spire of the upper slopes (“house”), or in another highest point.However, most of the bottom area of ​​such products is characterized by significantly lower heights up to the dome or slopes of the “roof” – for obvious mathematical reasons. This involuntary misleading is not exactly a good thing – especially from the point of view of “social missionary”: introducing beginners and non-professionals to sports tourism.In addition, the presence in the tent of a suspended mesh shelf under the dome or the junction of the slopes reduces even the very maximum height, which is only written about in official materials. Hanging nets, of course, are removable – but still, a warning about lowering due to such shelves of internal height, for good, should be presentIt would be correct, for example, to improve the original schemes indicating several numbers of heights of the internal volumes of the tent – one number in the center and several numbers on the sides from the center, with a step of half a meter.Indicate the volume of large “packed” tourist equipment in liters Do not be lazy and calculate the volume in liters of all packed sleeping bags, tents, burners and gas lamps; it is even worth calculating the external volume of hiking shoes and bundles of thermal underwear. Indicate this information next to the products both in the real store and on the store’s website. And in the latter, give the buyer the service of a “backpack calculator”: the ability to quickly add up the displacement of large-volume items in order to understand how many liters it all takes.The reason is simple: the volume of backpacks is measured in liters. However, there is little use in these liters if the buyer, who is not a traveling guru, knows the external volume in liters except for a gas burner cylinder (it is written on it), a thermos and a mug (this is the basic characteristic of such products). If a person does not even roughly imagine the capacity of a packed sleeping bag, a tent, a burner, a couple of cans and his own bowl, a bundle with a sweater and a bag of ten, sorry, socks – he will not understand if he needs a 65-liter or 85-liter backpack.Thanks to your displacement numbers, a person will be able to calculate about everything – and draw a reasoned conclusion about the required volume of the backpack. In addition, a number of insulated sleeping bags have an extra-large (in packaging) volume, which even a professional tourist will not see in an online store – and only the capacity will allow the buyer to separate excessively (for his backpack) plump sleeping bags from thinner bundles.

Divide all products into womens and mens

It is clear that clothing for tourism and extreme sports is most often divided according to gender even during manufacture. It is known that some super-manufacturers also produce women’s backpacks – in which the thigh and chest straps come from a girl’s shape, and the load is maximally shifted from the shoulders to the pelvis . Still, most travel products are considered to be suitable for both genders.Nevertheless, it will be extremely profitable for the seller of travel goods to divide the entire site and the entire real equipment store into “womens” and “mens” goods.Of course, a number of products in both sections will be repeated (if your store does not have several types, say, an adapter from a collet gas cylinder to a regular one) – but if there are not too many such products, this is not a problem.In this case, there is no doubt that you can sell some sleeping bags, tents, backpacks and even burners more successfully under the definition of “women” than without any gender definitions. And on the other hand, a number of “equipment”, designed too austerely, would better go under the sign of “masculine”, rather than on a par with more beautiful counterparts. Remember: all the sellers who brightly and consistently divided the entire assortment by gender (and there are already dozens of them in various fields) quickly increased sales – there are no reverse examples yet.

A radical version of the previous idea is an equipment and travel clothing store, in which all goods are defined as women, as “tourism for girls.”Of course, we are not talking about some kind of glamor and tenderness in the design and presentation of goods, which, in principle, is incompatible with the atmosphere of tent tourism. There are other subtle design and intonation possibilities to make such a store and an online store seem dearer and more comfortable to hikers of any age.At a minimum, this is where reviews and mutual commenting of customers should play a huge role – after all, the trust in the reviews of the young ladies about the product from the young ladies themselves is high, and to the reviews of men – low (the difference in trust in the reviews of strangers of different sex among women is really huge, say social marketers). and the existing reviews of tourist equipment are still 80 percent generated by men. This can be corrected only by eliminating men from the “feedback channel” through the gender specialization of the store – I suppose there are few men’s reviews on the sites of stores like Eva, although a good half of the goods there are purchased elsewhere by men.

The overwhelming majority of real stores of equipment and tourist clothing are located in extremely small premises. This, of course, is not about the tourist departments of large sports markets (usually expensive – and with sellers and marketers who are completely devoid of a tourist spirit), but about “atmospheric” chamber shops for real hikers.It is unrealistic to rectify the situation by renting a larger store area in a metropolis – the sale of equipment does not generate such profits. However, there is a way out. Rent a part of the local area next to the premises of your store – somewhere from the end, devoid of windows – the easiest way is to agree with the condominium, for which you should rent an apartment on the first floor or other premises in a residential building for a store.It is necessary to choose such an adjoining territory that does not have bushes, trees, flowers – and which is covered by the minimum number of apartment windows. Plant it with lawn grass and mow it regularly, remove debris, put benches or tables around the edges.And on clear dry days, allow buyers to set up tents (before purchasing them) on this territory (keep your own pegs in stock, which are not scary to get dirty), allow them to fit into purchased sleeping bags and / or on caravans in such a tent, set up stands with hooks, spend other field trials of products purchased by tourists. All these works along the way will serve as an excellent “advertising installation” of your retail outlets.After rains and snow, the lawn can be covered with a special coating. Or it is possible to cover the lawn with a dense film in the rains, light snowfalls.

You must agree that the cost of an annual lease of a sparsely needed local area will be incomparably less than renting a store. And the protests of those around you are also unrealistic – after all, it is you who will take care of this grassy territory and tirelessly reclaim it.