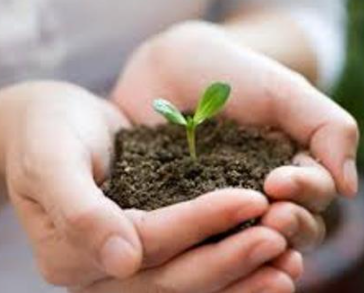 Growing vegetable seedlings is more profitable than the vegetables themselves. But entrepreneurs should be prepared for the fact that doing this business, they will have to compete with their potential consumers – small peasant farms

In some country high-quality vegetable seedlings are in short supply. But not because we do not know how to grow it, but rather because only a few enterprises are professionally engaged in this. Vegetable producers have long come to terms with this situation and are trying to manage o n their own.There are very few enterprises that deal exclusively with seedlings, without the production of vegetables themselves. Personally, I don’t know such people.Some grow seedlings, others – vegetables, and still others are engaged in seed production. This division allows companies not to be scattered, but to concentrate on one type of activity. Due to this, the technical equipment of such enterprises is much better.Seedling market is not yet full. And the main snag, is that more than 50% of vegetables in the country are produced by the population, and some species – up to 80-90%. “It should be borne in mind that the peasants are accustomed to growing seedlings on their own on their own plots, or to purchase them at the bazaars. Therefore, there is no demand that could stimulate the development of the market. In addition, the population is an unstable and unpredictable buyer of seedlings, because you cannot agree in advance with the peasants on the amount of supplies and varieties of seedlings. Large farms and agricultural enterprises are another matter: the seedling grower, as a rule, concludes contracts with them in advance.

Some seedling growers started their business in the difficult ,when the agricultural sector was going through hard times, to put it mildly.According to a peasant, the start was not easy, it was necessary to start with ordinary wooden greenhouses, heated by coal. “It was not easy with the start-up capital, they took out loans at high interest rates, agreed on payment by installments for the purchased materials,” she recalls. – But each year brought profit, which we invested in expanding production. We now have 3 hectares of underground heated greenhouses heated by gas. This makes it possible to fully automate the maintenance of the air temperature in the greenhouse and water for irrigation. ”

Of course, to be successful in seedling production, farmers need to be prepared for hard work. In addition, at the start of a business, entrepreneurs must correctly assess the prospect, paying due attention to the choice of the location of the enterprise, since the future sale of products depends on this. If you open a production facility  in center of  a country and organize efficient logistics, it is quite possible to sell seedlings to all of the country.But at the same time, manufacturers recommend looking for buyers in advance, since one unsuccessful season can have an extremely negative impact on the entire business.The fact is that if a client suddenly refuses an order, he will have to urgently look for another buyer.Therefore, you need to prepare backup options. In this case, the organization of production in densely populated areas can help. If the customer does not pick up the product, you can always sell the product in the markets or offer it to peasant farms.To avoid trouble with the sale of products, Experts recommends not focusing on one sales area, but looking for new customers.Those who find the domestic market too small can try their hand abroad. But, as experts say, export is a very dangerous undertaking. We have already tried to supply seedlings abroad, but it turned out to be an unprofitable business, the Variant state of emergency explains. – It is very troublesome to clear such goods, the quarantine inspection will keep the truck closed for several days until it is convinced that its contents are safe, and during these days the seedlings may deteriorate.This is confirmed that there is almost no export and import of vegetable seedlings. The reason is that it can be damaged when transported over long distances. In addition, difficulties often arise with the passage of control – the quarantine service can easily detain the goods, and then instead of gaining it will be necessary to calculate the losses. ”

Seedling growers around the world strive to grow as many products as possible in a short time, trying to exclude the human factor from the process as much as possible. In particular, growing seedlings in small pots helps save time and resources. For example,a production method called paperpot was developed, in which seedlings in paper pots with a diameter of 2 cm and a height of 13 cm are planted at a rate of 0.5 ha / hour using an automatic transplanter. A similar system was developed by specialists: seedlings are grown in pots on a substrate attached at a distance from each other to a special paper tape covered on one side with a layer of polyethylene and rolled into a roll. In this case, the sowing of seeds in pots is carried out automatically. The process is set up in such a way that a specially designed planting machine, operated by one person, is loaded with seedling rolls and, when the rolls are gradually unrolled, the tapes with the pots are laid in the soil. Using this technology, a grower can plant up to 6 hectares per day.

Production, as well as sale of seedlings, is seasonal. In particular, for some varieties of plants, seeds need to be sown in early January. “The season for growing seedlings does not last long, a maximum of two months – from late winter to early spring,” explains experts – It is unprofitable for us to produce vegetable seedlings, like the vegetables themselves, in the fall or at the beginning of winter because of the high costs of heating ”.The reason is that vegetables grown in winter are too expensive for the consumer, so farmers are not interested in buying seedlings in December. It is noteworthy that producers from the southern regions are less dependent on cold weather.

The example of some growers confirms that, with the right approach, growing seedlings can be a super profitable business. But, whatever one may say, at the start you will have to fork out pretty much.Today the seedling market is competitive, and you can hardly enter it by starting with wooden greenhouses. The cost of 1 hectare of seedling greenhouses, suitable for snow and wind resistance, with a heating and irrigation system, ranges from $ 300 thousand to $ 1.5 million. The final amount depends on the type of greenhouses – film or polycarbonate, gas heating or coal. The lion’s share of costs in the cost structure is occupied by heating, as well as substrates, cassettes and amortization of greenhouses. However, if you heat with coal or there is no automatic seeding line, then the list of key costs will include the payment of manual labor.The payback period and profitability of an enterprise depend primarily on the level of technologies used.If the profitability of growing vegetables is determined primarily by yield, then the profitability of seedling production is the percentage of plants obtained from the number of seeds sown. For many years of work, we have brought this figure to 92–95%, depending on the types of vegetable crops. This allows us to successfully compete with other manufacturers.From an ordinary film greenhouse with an area of ​​500 sq. m you can get up to 45 thousand pieces. seedlings. Given the fact that seedlings are grown only two months a year, it is unprofitable to build a greenhouse exclusively for it. It is more expedient to grow vegetables in this greenhouse after the production of seedlings. 500 sq. m you need to leave 1.8 thousand plants. Thus, the greenhouse will be profitable until September-October.Entrepreneurs recommend starting with the seedlings that are in greatest demand in a particular region. Accordingly, technologies should be selected for the planned products. “From the point of view of applied technologies, it is most profitable to grow one type of seedlings. But consumers need a wide assortment, so they have to constantly work on introducing more and more new types of seedlings into production, – expert shares experience. And, of course, in this business the rule is very strong: first you work for a name, and then the name works for you. Consequently, it will be very difficult for a newcomer to ensure sales, since a demanding consumer is used to trusting manufacturers with a name and a positive reputation.The producers of seedlings themselves have not been waiting for support from the authorities for a long time. To be honest, we do not consider it necessary. The only way the government can help is to facilitate the procedure for obtaining long-term loans for beginners.In addition to affordable loans, an incentive for market development could be attracting investors to this niche. Although, most likely, the problem here is the lack of clear rules of the game in the market. There is no stability in the industry. If there were stability, I think investors would pay more attention to the seedling market. Then new players will be able to count on something.